As a general rule of thumb, the cooler, maritime districts of the Central Coast are going to be three weeks behind Napa Valley in terms of harvest. That’s not true for Paso Robles, but it is for northern Monterey, western Santa Barbara, and South County in San Luis Obispo. So harvest isn’t likely to get rolling until the 3rd week of September, and it will still be going at breakneck speed come end of October. Since everything is spread out, at least compared to Napa, traffic is not that big a problem. Temperatures are comfortable.

It’s a good region to observe the physical labor of harvest first hand. Pull over for twenty minutes and watch a Mexican crew running lug boxes of grapes out of a vineyard. Good luck ever getting your own kids to work like that. It’s amazing how much energy these folk expend. Then go to a little town like Guadalupe or Gonzales for a late dinner at a taqueria, and watch a few workers try to replenish the calories they need for the next day. This season is the highlight of the year in these otherwise sleepy towns: the population swells, people have money, there’s lots of activity. Helps to speak Spanish, of course.

Unless El Niño conditions are operative, rain will be unlikely before December. It’s a pleasant time to visit the Central Coast. Water temperatures in the ocean are as high as they will get all year (68ºF), and waves are usually up as well. Good time for body surfing. There’s a big oyster festival in October at the Morro Bay Golf Club. Makes a lot more sense than oyster events in mid-Summer, when oysters are not in peak condition.

Harvest is not just for grapes. Take advantage of the location to sample exotic tropical fruits from specialty growers around Santa Barbara. Passion fruit, pepino, papaya, star fruit, lychee, mango, guava, even cherimoya. Call this visit the season of life changing desserts, without once resorting to cake, chocolate, or cookies. Hallelujah!

Rain is unlikely. The harvest will, however, often continue well into November. That makes Thanksgiving a logical time to be holding celebratory winery events. Thanks the Harvest is over. Thanks for a bountiful crop, safely crushed, and in the tank. Oh, and by the way, we have some marvelous specials on merchandise from the gift shop.

During the holidays I’m always in the mood for farm-raised abalone. Any wine works, but you can make some extraordinary combinations depending on how you garnish the abalone. When sport divers take abalone (they have to free dive, not use air tanks, so it’s kind of a gutsy thing to do) the minimum size is 7” in diameter. The season is closed from December through March. Aqua-farmed abalone doesn’t have size or season restrictions. So most farmed abalone is about 3” in diameter. Slice it about 3/16” thick, then beat the bejeezus out of it with something approximating a baseball bat. Bread it with an egg wash, then fry in butter and garlic in a hot skillet for about 20 seconds a side. Serve immediately. If you employ a squeeze of Lisbon or Eureka (normal) lemon, try a Sonoma Chardonnay. If you have Meyer lemon (sweeter, smooth skin), I’d definitely go with an older Mosel Riesling Spätlese. If you can find the fragrant Japanese lemon called Yuzu, I’d go with a Central Coast Viognier.

My favorite time of year in the Central Coast. Rain normally starts to fall in December. It is usually done by early March. Rain makes the rolling, oak studded hills green. First an unreal, light yellow-green. Then a deeper green with yellow-green highlights on the steeper portions. Then deep green with splashes of wildflower color. And there are lots of rolling hills. Hills with cattle. Hills rolling down to the ocean. Hills lit by the setting sun. Hills with small vineyards. Hills as far as the eye can see.

Temperatures are benign, especially compared to Chicago: 55ºF with brief periods of 70º in the bright sunshine; rarely down to 40º even overnight in the rain. There is a great celebrity Pro-Am golf tournament at Pebble Beach, and a noteworthy Chardonnay Festival in Santa Barbara County. Both avocado and citrus are in season and grown nearby. Try a Bay shrimp-avocado salad with Blood Orange. Great with local Pinot Gris.

Wineries are very accommodating at this time of year. People at the wineries are around, because the wines are just settling down after the tumult of fermentation and barreling. They really don’t have much else to do. There may be some racking operations in the cellar, and some pruning in the vineyard, but Christmas is over for sales and marketing people. They are happy to see you. It is still too early to evaluate red wines from the last vintage, but whites are starting to clear up in the tank. They can be tasted. As a consumer, you get great vintage evaluations, full of personal anecdotes, from winery personnel in February.

The much-lauded Paso Robles wine region is about a 4 hour drive north of Los Angeles, and the same distance south of San Francisco, which is far enough away from the cityscapes to assure that you’ll have a peaceful, bucolic experience in wine country. But if you’re strapped for time, Monterey is only 2 hours south of San Fran, and for LA travelers, it’s only a 2 hour jaunt north to Santa Barbara. The whole region stretches along the California coastline, giving you plenty of opportunities for wind and water sports. Or just hang out in a beach bar and wait for those long, lean, handsome surfers to drift in at the end of the day.

Spring is strawberry season in Santa Maria and Edna Valley. Picnic on a hilltop while drinking a bottle of Laetitia Brut Rose. In Monterey, the seasonal specialties are artichokes and escargot (which feed on artichokes). Escargot are actually ranched in the artichoke fields of Castroville, and shipped to French restaurants across the U.S. But why not enjoy them locally at L’Escargot, where the chefs prepare them three different ways, with a bottle of Bernardus Chardonnay? If you’re more of a DIY gourmet, sign up for a class at Refugio, and learn how to prepare some seasonal favorites from culinary author Brigit Binns, author of the The New Wine Country Cookbook.

Late spring and early summer bring onshore breezes to the wine regions of Edna Valley and Paso Robles. Take time for a hot air balloon ride over the Tuscany-like hills of Paso Robles, or a floating cheese and wine tour on Morro Bay. For the more adventurous the onshore winds rushing through gaps in the coastal Santa Lucia mountain range create fine opportunities for windsurfing. Lopez Lake is one of the top windsurfing locations in the U.S. Or, if you’re more of a landlubber, you just have to try the zipline over Santa Margarita Ranch, which lands you plunk next to the tasting room at Ancient Peaks Winery.

There’s so much fun to be had in the central coast, it could keep you busy for a dozen vacations or weekend getaways. And the best part? The wines are much more affordable than in Napa, the wineries are less crowded, and you will often find the winemakers and their families actually working in the tasting rooms.

Vines start to push buds a month earlier on the Central Coast than they do in Napa. But there is virtually no danger of frost in the maritime districts of the Central Coast, so the tension and late night frost abatement procedures are non-existent. Spring botrytis can be an issue in foggy districts. It weakens shoots, which makes organic viticulture a little challenging. In the cellar, winemakers are beginning to assemble wines. The process is particularly complex as it pertains to Rhone wines like GSM (Grenache, Syrah, Mourvedre), and to Pinot Noirs. 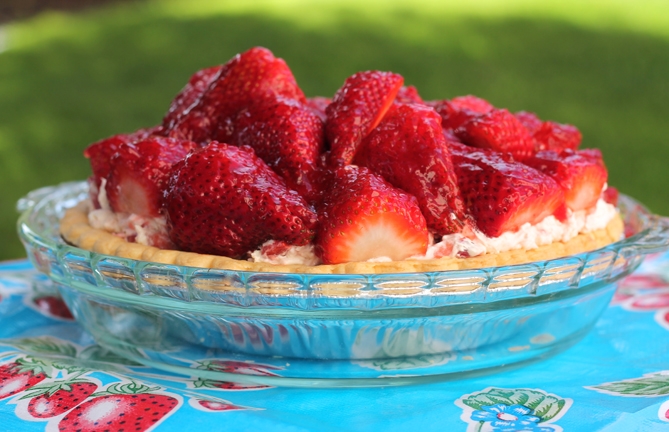 In Santa Barbara County the district east of Santa Maria is one of the premier strawberry growing areas of the world. It is a ten-month season there, with the very best specimens being air-freighted to Japan and to Europe. April is the climactic moment when a brand new crop first appears on the farm stands. The 4th weekend of April is Strawberry Festival time in Santa Maria. Restaurant service with chocolate fondue is one thing. Eating the world’s finest strawberries on a blanket watching a rocket from Vandenburg launch satellites, while drinking a bottle of Brut Rose from Laetitia, now that’s what I call a regional specialty.

In Monterey, Spring is artichoke season ~ perhaps not as universally venerated as strawberries, but much anticipated by locals nevertheless. One under-appreciated factoid: large land snails love artichoke leaves. Escargot ranched in the artichoke fields of Castroville find their way to French restaurants all across America, there to be joined by garlic from Gilroy.

As the grapevines begin to flower, school ends, and the fishing season begins. In San Luis Obispo that means catching a rodeo during Poly Royal, the school open house at California State Polytechnical University. Then having the freshest fish dinner imaginable on the pier in Avila Beach. Of course you want a bottle of Chardonnay, and here you are right smack in the middle of America’s best Chardonnay producing region. Why would the restaurant even have a Napa Chardonnay on their list, you ask, much less 15 of them. Go figure. Cal Poly trains teachers, and has a wonderful architecture school, as well as the state’s best Horticulture program. Maybe a Hospitality School would be worth another look.

One of the most unique seasons in seaside districts of the Central Coast, Summer is ideal for lettuces and for Brussel sprouts because the temperatures are fairly consistent at 58º to 64ºF. Inland districts routinely go over 100ºF. So it is Pinot Blanc looking west at the water, and Zinfandel behind the Coast Range mountains. Wherever there is a gap in the coastal mountains this temperature discrepancy sucks very intense wind from the cold side to replace the rising heat on the inland side. Lopez Lake in SLO County is an example. It is back in the hills, impounded 15 miles from the coast to which its river would have historically run. The wind rushing up the former river canyon to blow across the lake makes Lopez one of the top windsurfing locations in the US.

Brussel sprouts are members of the cabbage family. Sliced thin, and sautéed with shallots and pancetta they make a wonderful Central Coast dish around northern Monterey County, in no small part because the dish matches so seamlessly with a well-wrought Grenache. That’s right, it’s a Mediterranean wine with a dish from the Netherlands. Trust me. It’s not, but it should be served at the Concourse d’Elegance, a very high-end classic car show held in August at Pebble Beach.