Grapevines are relatively complicated plants. They take several years to reach sexual maturity. They respond to their environment with an enormous range of growth characteristics. They live for a very long time withstanding widely varied climatic conditions. They produce berries containing such a cornucopia of compounds, we are just now beginning to appreciate how extensive their chemical inventory may be. One can easily make the case grapevines have domesticated human beings. And in so doing, have spread themselves all over a big portion of this planet during a relatively brief 7,000-year period (the history of human service to the grapevine), in much greater profusion than all but a few plants.

The phrase ‘genetic instability’ implies frequent mutations, i.e. genes altered spontaneously. These are usually called ‘point mutation’ or a ‘sport’ when applied to plants. Think of a 20-acre vineyard all planted to a single clone of Syrah. One year, on one shoot, one cluster never changes color during veraison. If that shoot is cut off and discarded, nothing ever happens. The mutation doesn’t affect the rest of the vine (hence point mutation). If, on the other hand, a cutting is taken from that shoot (or seeds allowed to grow from those berries), it may grow into a plant producing white Syrah.

Pinot Noir is more likely to have these mutations than other varieties of grapes. That is why there are something between 400 and 1,200 clones of Pinot Noir. For comparison, the number of Cabernet Sauvignon clones is closer to fifteen. There is only one clone of Pinotage (famous variety from South Africa). Pinot Noir has been around for over 2,000 years. Cabernet Sauvignon has only been around for about 350 years.

Basic science would like to know what makes Pinot Noir so mutable. For that reason the genome of Pinot Noir has been sequenced. Not as expensive as sequencing the genome of a human being, but still a noteworthy expenditure. Questions for the future will now include:

It is a long step from the modern science of gene mutations to whether or not a wine tastes good. The two matters are entwined however. They meet in the vineyard, and young winegrowers are very interested to hear what university researchers can tell them. At this point there are many more questions than answers.

Several commentators in France over the last quarter century have remarked about creeping homogeneity among red Burgundies. It’s controversial. The radical position is there used to be much more diversity among wines from separate vineyards ~ a characteristic for which Burgundy has always been particularly noted ~ and that the diversity used to be more reliable; you could recognize Vyd A’s wine from Vyd B’s wine consistently year to year. Today that trick is more difficult. The culprit most often cited has been the shift during the 1970’s and 80’s away from massale selection in favor of clonal selection.

Massale, in general, is a ‘field’ selection. Meaning you plant your new vineyard by taking (say) a thousand cuttings (3 or 4 per plant) from another vineyard you admire. Hence there are some 300 ‘mother’ plants from which you have selected your thousand offspring. As they walk through a vineyard taking cuttings, different growers will choose differently from which plants they take cuttings. Massale also implies a (somewhat primitive) technique for replacing dead or damaged vines. The position of the vine to be replaced will be surrounded by eight to ten presumably healthy vines. Individual vineyard owners, over centuries, would have chosen one of the surrounding vines, stretched a shoot over to the replacement location (that’s the factor limiting how many vines are candidates), buried the shoot in the ground, and thus rooted a new vine. How thousands of individual vineyard owners made the selection of which vine to use, would have (over many generations) influenced the genetic (read clonal) make-up of different vineyards. Some owners would choose the most robust vine. Others would choose based on flavor, or early ripening, or resistence to mildew. Moreover different parents would be more or less effective passing their preferences along to their children who inherited the vineyard. Hence eventually an enormous genetic diversity when one vineyard is compared to their neighbor across the street.

Clonal selection began with the need after phylloxera (1860 to 1890) to have grafted vines, i.e. a phylloxera-resistant rootstock with the desired vinifera vine grafted on top. Clonal selection eventually took center stage when academics from the University of Dijon used DNA fingerprinting (beginning in the late 1950’s) to identify hundreds of distinct clones, then studied the attributes of each. Eventually a smaller number (on the order of 40) were chosen as having the most desirable growth and flavor characteristics. These clones were then made available to growers through licensed nurseries. As vineyardists began eschewing selecion massale in favor of university clones, diversity naturally declined. That’s the argument anyway.

One gigantic wrinkle in this debate about clones, however, is that clonal expression appears to be site dependent. In other words, and just as we are discovering about humans, it is not a black and white, ‘nature or nuture’ question. It is the way aspects of ‘nuture’ combine to affect ‘nature.’ Factors in the environment can affect whether a gene is ‘turned on’ or not. So, although we find no evidence that a mineral (such as iron, or calcium carbonate) is passed from the soil through the vine into the berries (and thus into the wine), it very well could be the case that the presence of iron or calcium carbonate in the soil may influence the taste of the wine by switching certain genes on or off in the plant at certain times during a grape’s maturation.

A clone which is originally selected for its small berries, or for its cola nose, may not show those characteristics when grown in different climatic and soil conditions. Or it may not show those characteristics to the extreme degree they were shown in the vineyard from which the clone was originally selected (recall the word clone implies a single mother vine).

Which brings us to the most germane debate: Do clones exert a greater effect on a wine than the vineyard site does? It’s very complicated, because there are so many variables. Some vintners, and growers of Pinot Noir do seem most attuned to this discussion, will tell you certain clones appear consistent across several sites, but there are also sites which seem to eradicate differences between several clones. Furthermore, terroir implies a whole raft of characteristics; not just soil. There’s climate (with variation from vintage to vintage.) There’s vine age. There’s viticultural practices, such as spacing, pruning, irrigation, bio-dynamic techniques to encourage lifeforms in the soil. And there are winemaking practices.

Obviously controlled experiments to compare the effect of genes vs. the environment are going to have to await very clever researchers indeed. Which is just one other reason skilled winegrowers have always been thought to embody such a sublime blend of art and science. And why Pinot Noir is the ‘Golden Fleece’ for so many winemakers. 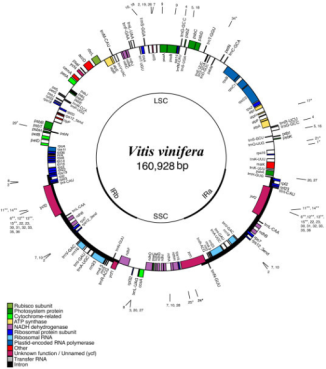